Slovenia Ranks Seventh Among 163 Countries in the Global Peace Index

Admission to Universities in Slovenia: How to Save Time and Efforts The 2ТМ Chief Manager Tatyana Meleshkova Tells About the Results of Participation in MITT 2018: The Exhibition Gives Us a Serious Impulse for Further Development

According to the Global Peace Index, Slovenia is recognized as one of the most peaceful and secure countries. It is ranked 7th. The top ten most peaceful countries also include Iceland, New Zealand, Portugal, Austria, Denmark, Czech Republic, Canada, Switzerland and Ireland. According to the same ranking, Russia takes the 151st place, and Ukraine—the 154th place in the world. The least peaceful country is Syria (163), as well as Afghanistan (162), Iraq (161) and South Sudan (160). In addition, the top ten most dangerous countries included Yemen (159), Somalia (158), Libya (157), and Sudan (155).

The Global Peace Index is a complex indicator that characterizes the peaceful disposition of countries based on measuring the level of violence within a country and the level of aggressiveness of its foreign policy. The Global Peace Index study is the first attempt to rank countries on this criterion and is considered as a starting point for the global project “Vision of Humanity” aimed at identifying the interconnection between peace and sustainable development on the planet.

Obviously, it is precisely by its stability and peacefulness that Slovenia attracts many immigrants from other countries. This applies not only to the political aspect. Slovenia is described as a country with a benevolent population and an extremely low crime rate. Sending their children to study in Slovenia, parents do not need to worry about their safety.

“My very first expectation from Slovenia was that the country would be green, environmentally friendly and safe in all respects. This has been fully justified. There is no negative attitude and hostility in communication with local people. Clean air, calm atmosphere, a measured rhythm of life and social activity—all these is about Slovenia,” emphasises a student from the University of Ljubljana, a former resident of St. Petersburg, Andrei Smirnov.

The Global Peace Index was developed by an international group of experts from a number of research institutes and think tanks from around the world under the auspices of the Institute for Economics and Peace of the University of Sydney, Australia. The computation was made on the basis of statistical data provided by international organizations, such as UN, The World Bank, Transparency International, etc., as well as academic and research institutes of several countries.

When preparing the Index, all countries covered by the study are analysed according to specially developed metrics, as well as a combination of internal and external factors.

The Index is compiled based on 23 qualitative and quantitative indicators grouped into three main categories:

For each group of indicators, countries receive 1 to 5 points. The smaller the point is, the more peace-loving the country is, judged by this criterion. During the final calculation of the Index, more attention is paid to internal factors (that is, issues characterizing the peaceful attitude of country towards its citizens and of citizens themselves to each other), the weight of these estimates is 60%, and the weight of external factors (that is, foreign policy criteria) is 40%. 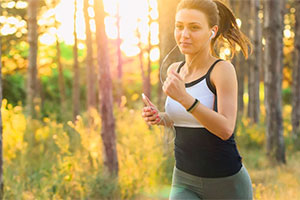 Jogging for Health: A Recipe for Good Mood and Half the Battle with Anxiety

Anxiety is a problem that affects more and more people. Experts

Everything You Need to Know About Student Loans

A student loan is a fallback option in case you do 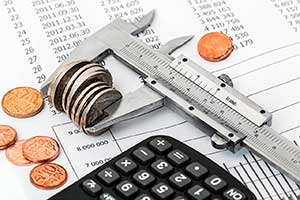 The older you become, the more expensive your desires are. Of 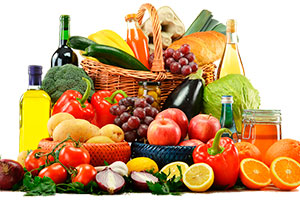 Proper and balanced diet is essential for health. It is rational