2ТМ > Information for the student > Interview > Yana Novikova: People in Slovenia Are Superb!

Yana Novikova left her native city in Russia (Perm) and now knows Slovenia as her home.

– This has been my favourite question for the last one and a half year. I’ve been thinking for all my life about moving to Europe. Since my childhood, I’ve wanted to change my place of residence. When the time came and when I was morally and materially prepared for the move, I started choosing the country. Naturally, the first thing that came to my mind was the Czech Republic. I began to study what makes us related to the Czech Republic. The answer is the language, the lack of difficulties when enrolling for continuing education, obtaining permanent residence. However, I was embarrassed by the “greatness” of Prague—its total populatedness with tourists and Russian emigrants.

On my vacation, I met a wonderful couple. They asked me, “Why don’t you consider Slovenia?” I asked, “What is it? Slovak?”

They advised me to look more in detail on the Internet. They explained that was a country with a similar language and a very high standard of living. I read a couple of articles and realized that was mine. I decided to fly literally for a week to see the place with my own eyes. As a result, I fell in love with every pillar, every building! I looked at everything with wide eyes and decided that I was definitely moving there.

– What did you do before moving?

– I worked for four years in a law firm. That is, I already had a lot of experience in law practice. I graduated from the Faculty of Law of the Perm State University and dreamed of continuing my education in this field if I moved to Europe.

– How did your relatives react to this decision?

– They divided into two camps. The first half wondered, “Where were my brains at this age?” Representatives of the second half said, “Cool! We will come to visit you!” They were very happy for me. They took it as a step towards a wonderful future.

– Was it difficult at first?

– Actually, it wasn’t. I really wanted this and was ready for anything. Upon arrival, I understood that I needed to blend into the environment as quickly as possible, to make new acquaintances and friends, to learn the language.

– What kind of people are in Slovenia?

– The mentality of the Slovenes is similar to ours, so it was easy for me to get used to them. The only difference is that people always smile, always greet and are always friendly. When I returned to Russia, I felt such a great contrast. People in Slovenia are superb!

– Do you continue studying?

– I wanted to get an international education. I’ve entered a Master’s programme at the Faculty of Law of the University of Ljubljana and am at my second year of studies there. Another advantage of Slovenia and its education system is that there are no entrance exams. I entered the university based on my first Bachelor’s degree diploma.

My ranking was 9.8 according to a ten-point scale, therefore I did not worry at all. However, later it turned out that there was a risk of being denied, but I did not even know about it.

– Were there any problems with the language? How did you cope with them?

– During the first lesson, I could not understand even the topic. Again, this is a matter of motivation and desire. Naturally, during the first half year, I was completely freaked out. I thought, “God! What am I doing there? Should I go back home?” All lessons were only in Slovenian—the Faculty of Law, the legislation system—no other way. During the first six months, I went crazy, but prepared for the first exam and, to my surprise, I passed it with 8 points according to the Bologna system.

– Is your language fluent now?

– Yes, I am fluent in Slovenian.

– It is similar to Russian, isn’t it?

– Yes, it is, but still not the same. Some words may be and are similar. If to listen extrinsically, it may be possible to understand something. However, you will understand only one tenth, while you need everything.

– What transport do you use?

– I walk mostly. Last year, I walked only, because I lived in the centre, from which it took me 20 minutes literally to get to my work and university. Now, since I live a little further, I use a taxi. In Europe, the main mode of transport is a bicycle, but I have a “tense relationship” with it. Basically, in Slovenia, everyone drives bicycles. A car could hardly be of any use here since the whole centre is closed, it is difficult to find a parking lot, and even if you find it—you will need to pay for it. Buses run on schedule: on weekdays, there is a 15–20 minutes interval between buses; on weekends, buses come once in an hour and a half.

– What do Slovenes eat? Are there any national dishes?

– There is a traditional Slovenian cuisine. It is a mixture of cuisines from Austria, Serbia and other neighbouring countries. These are meat dishes mainly, for example, goulash soup (stew), which is a traditional Slovenian dish. Besides, they like the baked sauerkraut and soup with sauerkraut very much. They love sauerkraut in all its forms, but they cook it, do not eat it as a salad. This is a raw product for them.

Many desserts are purely Slovenian, but they are somewhat similar to ours.

In general, Slovenes eat everything. Slovenia consists of three parts. There is a mountainous terrain with clean air, the Alps, farmlands—they have their own dishes, which are close to the traditional Slovenian cuisine.

There is a central part (Ljubljana). It has more modern inhabitants and few people eat traditional food. They like Mexican dishes, Italian cuisine. The third part is the seaside. People here love seafood only.

– What is the climate in Slovenia?

– What part do you live in?

– I live in the central part. Ljubljana is truly something. It’s a kind of cosmos. We may have the weather that differs from the weather of both parts of Slovenia at the same time.

– What do Slovenes do in their spare time?

– They are great athletes. In Slovenia, they have the cult of sports and healthy lifestyle. In their spare time they run, go to the mountains. They have special devices for children, where they sit them, and the whole family go to the mountains. We have many mountains, so this is one of the main kinds of sport. They like to go to the nature and the seaside in the warm season. Slovenes eat the right healthy food, prefer eco-friendly and bioproducts, read the composition of products.

– The nature invites to travel. And what about indoor entertainments?

– Slovenia is a musical country. Every day there are some festivals, live music. Very many people visit them. Wine events, gastronomy, music—this is what we are good at. People forget what day of the week it is, because you can have fun on Monday, on Tuesday, etc.

In Ljubljana, you do not meet shopping and entertainment centres in the central part of the city. Their construction is prohibited. They are all located in the industrial zone, so we do not often go to the cinema, bowling clubs and shopping. Which is good, in general. 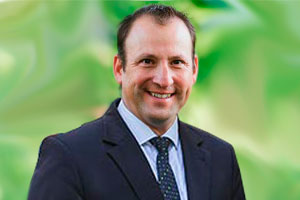 Director of the Bled College of Hospitality, Tourism and Wellness Peter Mihelčič: Our Students Return to Lecture Halls

Director of the Bled College of Hospitality, Tourism and Wellness Master 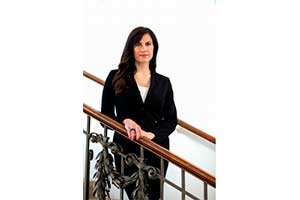 “We Strive to Constantly Develop, Integrate Innovations and Unite the Environment, the Economy and the International Community”: Interview with Prof. Dr Vesna Žegarac Leskovar, Dean of the Faculty of Civil Engineering, Transportation and Architecture at the University of Maribor

The Faculty of Civil Engineering, Transportation and Architecture at the University 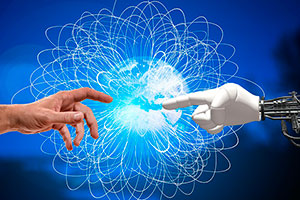 Barbara Toplak Perovič, Director of Study Programme in Business System Management at Alma Mater Europaea: “Our Graduates Should Be In-Demand Specialists and Not Just Job Seekers” 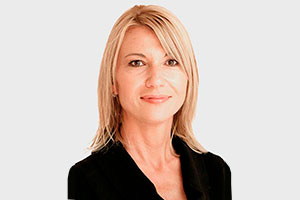 An Educational Institution Steeped in Tradition and Open to Students: An Interview with Dr Lidija Weis, the Dean at the B2 Higher School of Business and the Headmistress at the B2 College of Vocational Education

B2 is an educational institution with an almost 30-year tradition, focused