2ТМ > No Rubric > “We and the Russians”—What Does Slovenia Want from Moscow?

“We and the Russians”—What Does Slovenia Want from Moscow?

On the eve of Saturday’s visit of Vladimir Putin, it is clear that relations between Slovenia and the Russian Federation are increasingly dependent on the geopolitical interests of the mighty of the earth. The space for manoeuvres between Washington, Brussels and Moscow shortens. Can Slovenia find such space, especially given the fact that the foreign policy preferences of Borut Pahor and Karl Erjavec often have little in common?

He first visited Slovenia in June 2001 together with the then US President George W. Bush, when the world was radically different than today. The Russian Federation had a stable reputation of the former superpower, which dealt with internal problems in the economy, the war in Chechnya and the tragedy of the “Kursk” submarine.

From Energetic to Armed Conflicts

Ten years later, in March 2011, Putin visited Slovenia in the period of the new “Great Game” in the European energy sector. The key role in this game was assigned to the “new” Russia, which claimed its hegemony through the main transcontinental gas pipelines (the North and the South Streams), the “gas wars” with Ukraine and the purchase of shares from the European energy companies.

Now Putin arrives in the new period of “cold war”. The Russian Federation, which is economically affected by the cut oil prices and international sanctions, has long been acting in an open manner. To the change of power in Kyiv and the NATO’s eastward expansion, it responded with the occupation of the Crimea and the Southeast of Ukraine, fighters flights over the Baltic Sea, a return to the Middle East (Syria), and flirting with Beijing.

Through the Prism of Decades, the Russian Federation is not Interesting for the Slovenian Politics.

In this context, the Slovenia’s perception of the Russian Federation has also changed.

In the 90s of the last century, Slovenia was focused on the West and Euro-Atlantic integration. The relations with the Russian Federation were deepened by the economic and cultural figures, but not politics.

In their eyes, Russia no longer played a significant role in a new unipolar world. The term “a traditional ally of Serbia” was used as the stigma. 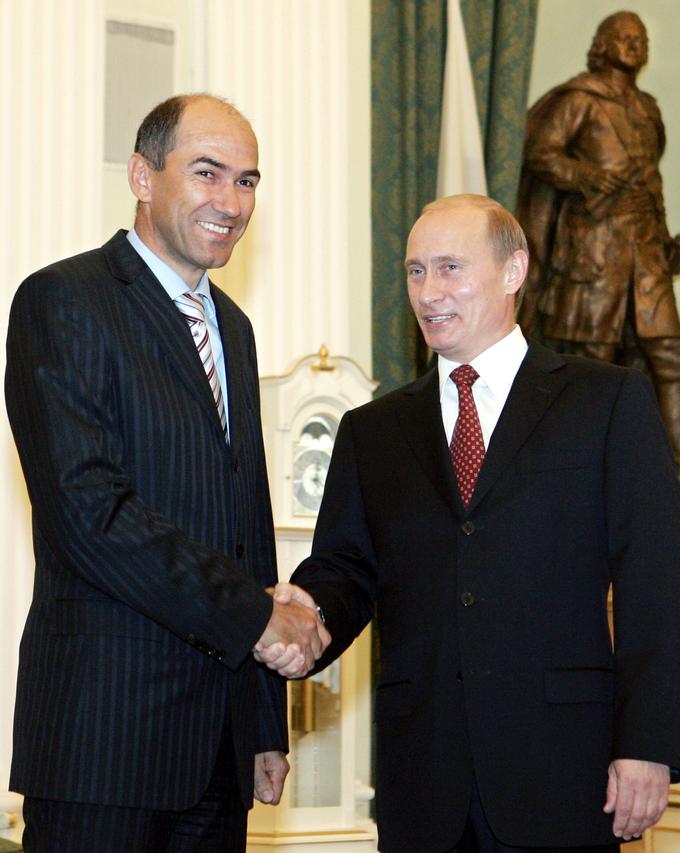 The more intense political relations between Slovenia and Russia were established only in the years of the first government of Janez Janša, who visited Moscow in 2006.

The more intense political relations between Slovenia and Russia were established only in the years of the first government of Janez Janša, who visited Moscow in 2006. His visit was followed by the development of several projects in the energy sector (Lukoil-Petrol, Gazprom-Nafta Lendava, gas power plants). In 2007, the Janša’s Government sold SIJ to the Koks Group for 105 million euros, which was previously acquired by Perutnino Ptuj.

A Fateful Moment — the South Stream

A crucial moment in relations between Russia and Slovenia was the signing of an intergovernmental agreement on the construction of the “South Stream” gas pipeline in November 2009. Slovenia was intended to play a key role in this project. It was a bridge between Italy and Hungary, to which the gas pipeline from Serbia and Bulgaria should have been directed.

This fact should also be a reason for the later powerful pressure of the European Commission. During the Government of Alenka Bratušek, there were even threats towards Slovenia to freeze European funds if it does not abandon the idea of building a gas pipeline.

In the same period, the Russian capital started entering Slovenia, which is a NATO and EU member state on the northern Mediterranean coast. The Russian Federation was mostly purchasing objects of tourism infrastructure (spas, health resorts, and hotels) and residential real estate.

Whereas the President of Slovenia Borut demonstrates certain distance towards the Russian Federation, the head of the Democratic Party of Pensioners of Slovenia (DeSUS) and the Minister for Foreign Affairs Karl Erjavec is much more pragmatic.

Pahor is for Brussels, Karl Erjavec is for Moscow

Today, this dualism, emerged in recent years, has become even more expressive.

Pahor has been the President of Slovenia since 2012. Today, in relation to the Russian Federation he consistently stands on the side of the Euro-Atlantic States that support the territorial integrity of Ukraine. He adheres to the “recommendations” of the European Council regarding the visits to Moscow. His beliefs are consistent with the foreign policy strategy of Brussels.

The Minister of Foreign Affairs Karl Erjavec seems to be a more pragmatic politician. At times he is willing to show some flexibility, especially if we are talking about the interests of a number of the economy sectors (Riko, Iskratel), where Erjavec enjoys a high reputation (Društvo slovensko-ruskega prijateljstva).

Let us consider a few examples of dualism. On 7 June 2014, during the bloody clashes between the Armed Forces of Ukraine and the pro-Russian rebels, Borut Pahor took part in the official inauguration of Petro Poroshenkos upported by the United States. Almost a year later, he declined an invitation to participate in the military parade in Moscow in honour of the World War II 70th anniversary. At that time, the Minister of Foreign Affairs Karl Erjavec represented Slovenia in the official events. “This indicates that we conduct an independent foreign policy,” the politician claimed.

The Instability of the Rubble Negatively Influences the Commodity Exchange. The South Stream Is Back to the Game

Relations between Slovenia and the Russian Federation remain dependent on the geopolitical interests of the mighty of the earth.

In economic terms, the rubble devaluation as a direct result of lower oil prices has significantly reduced the exchange of commodities between the countries. Slovenian companies come to Russia with a new package of investment projects. However, the Russian banks are significantly affected by sanctions that have reduced the sources for investments in Slovenia. For a long time, it has been projected that Slovenia will lose “Sberbank”.

In the energy sector, Slovenia (after a terminal for liquefied natural gas to Krka is built) will once again become a bridge, which this time will connect the pipelines between the Adriatic and Baltic seas. Thus, the EU and the US are willing to reduce the energy dependence of the former Warsaw Pact countries on Russian gas supplies. Meanwhile, the Russians predict a revival of the South Stream project, which Slovenia has already welcomed. Much will depend on the dynamics of relations between the Russian Federation and Turkey, which is a key country for the Russian gas supplies to Europe.

What Does Slovenia Want from the Russian Federation?

In political terms, some of the political figures in the West, including the President of Croatia Kolinda Grabar-Kitarović, see Slovenia as part of the Adriatic-Baltic region, which would cover the new EU member countries from Estonia in the north to Croatia in the south. We are talking about the resuscitation of ideas on the so-called Intermarium—a block of states in the triangle of the Baltic-Adriatic-Black Seas, which in the interwar period was defended by the marshal Jozef Pilsudski.

Its purpose is in tune with today’s plan to build a wall between Russia and Europe.

Therefore, Slovenia will have to sooner or later answer the question on what it wants—to strengthen relations with the largest foreign trade partner outside the EU, to which it is linked culturally, historically and linguistically, or to follow the other, not just economic, interests and goals, wrapped into the cellophane of human rights concerns, which are massively violated in the Putin’s Russia.

What will be the decision of Slovenia? It will become clear according to the delegation members participating in the next anniversary commemoration ceremony at the Russian Chapel under Vršič. 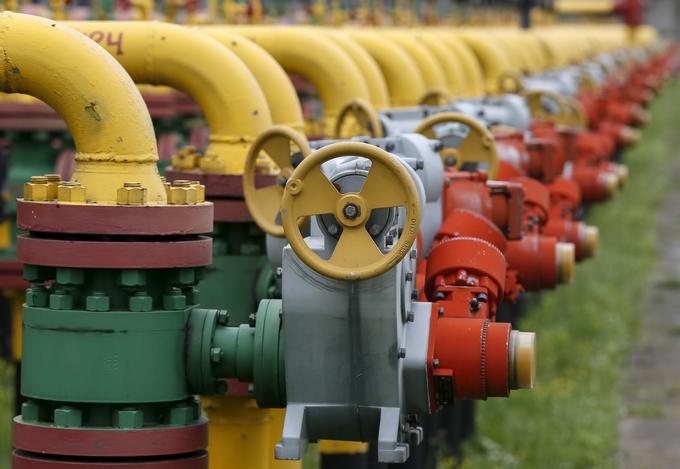 A crucial moment in relations between Russia and Slovenia was the signing of an intergovernmental agreement on the construction of the “South Stream” gas pipeline in November 2009.

“It Is Always Hard to Please Everyone”

“For a few days Slovenia will get on the front pages of the leading Russian mass media, which is probably good for the country, while the visit of Vladimir Putin, though having ethical character, will cause an uproar in some EU countries,” Dr. of the Military Sciences Department Rok Zupančič comments on the visit of the Russian president.

“In general, I would not dramatize the situation, because the far-reaching consequences are not foreseen. Our representatives in the Euro-Atlantic structures are likely to hear again some barbs to their address because of the alleged pro-Russian position of Slovenia, but this is not new anymore. We must get used to the fact that it is impossible to always please everybody,” Dr. Rok Zupančič says.